Ahoy there! I’ve been working my little socks off and crafting away. Being born on Christmas Day, we wanted little Roo to have another day in the year to look forward to. Last year he turned 3 and started preschool so  we wanted to throw him his first ever birthday party!

The theme? Pirates!!! he’s not keen on the whole skull and crossbones but loves the idea of treasure maps and dessert islands. For the day, we have some swashbuckling games planned and more than a few chocolate coins. But first, we have to invite his little ship mates….. What better way than a message in a bottle?!

Even the children got involved, crushing oats and branflakes into sand… It’s possible there are a few hidden raisins in there too somewhere…..

I found the bottles on eBay, they were perfect for this project because they’re plastic rather than glass

For the labels and invites I turned to publisher, I actually had a go on photoshop before accepting defeat and turning to old faithful, but I think they came out well and nothing beats a teabag for ageing up the paper…

I did nearly set off the smoke detector when browning of the edges though, still, this makes a change from cooking and cake related disasters

I added glitter detail to make the image pop… Mainly because I have a shed load of red left over from Christmas…. I’m putting red glitter on everything at the moment… Water bill cheque all blinged up!

The charms were a fab eBay find from China, just 99p for 50…. I don’t really know what I’m going to do with the rest, so if anyone wants one or 45… give me a shout.

And finally the name labels were another Christmas craft leftover..

Aside from adding the wrong phone number (sigh) it’s one of my more successful enterprises…. And those invited know me anyway so I don’t think some poor old lady is going to have too many confusing phone calls from mini pirates… 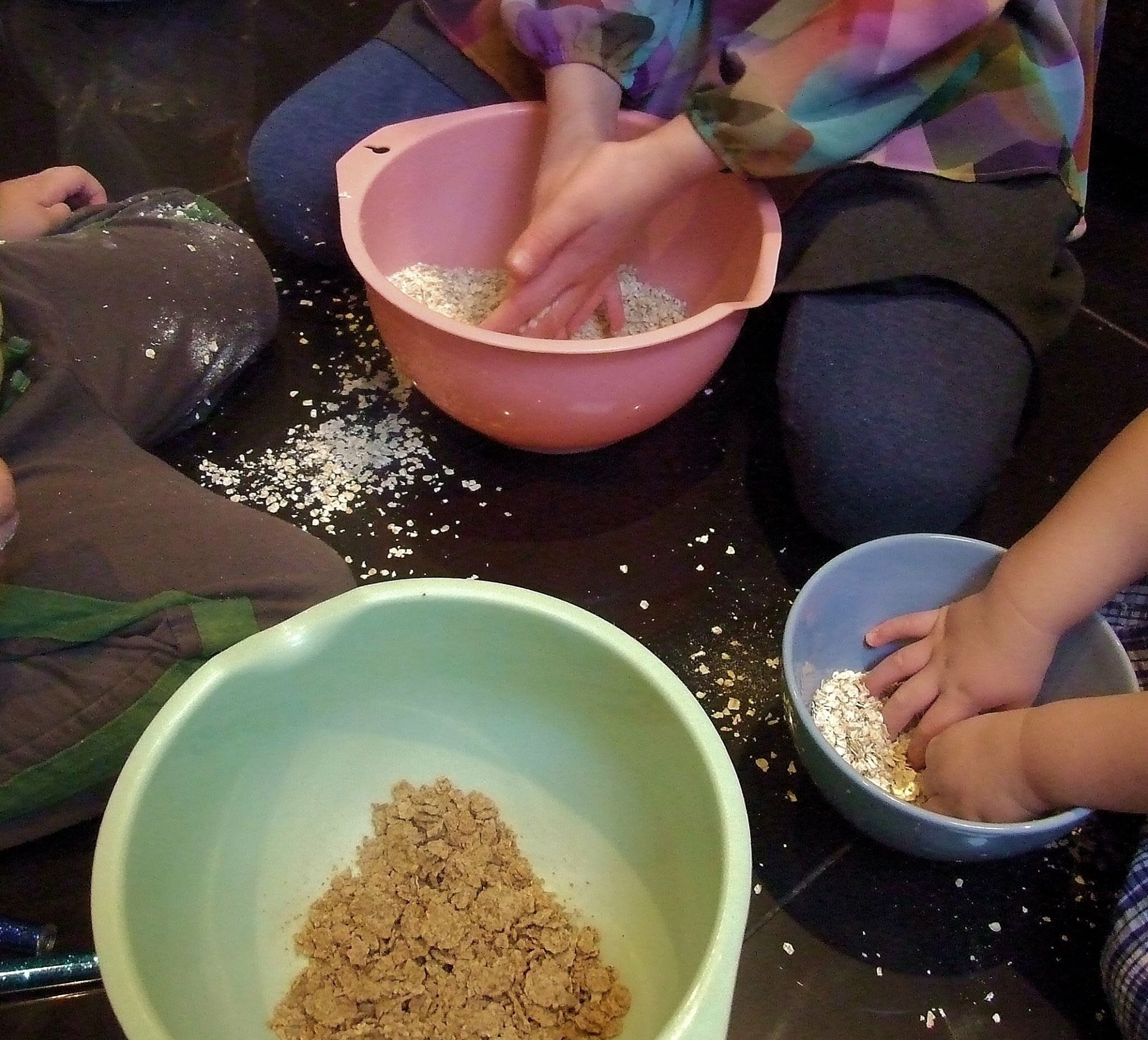 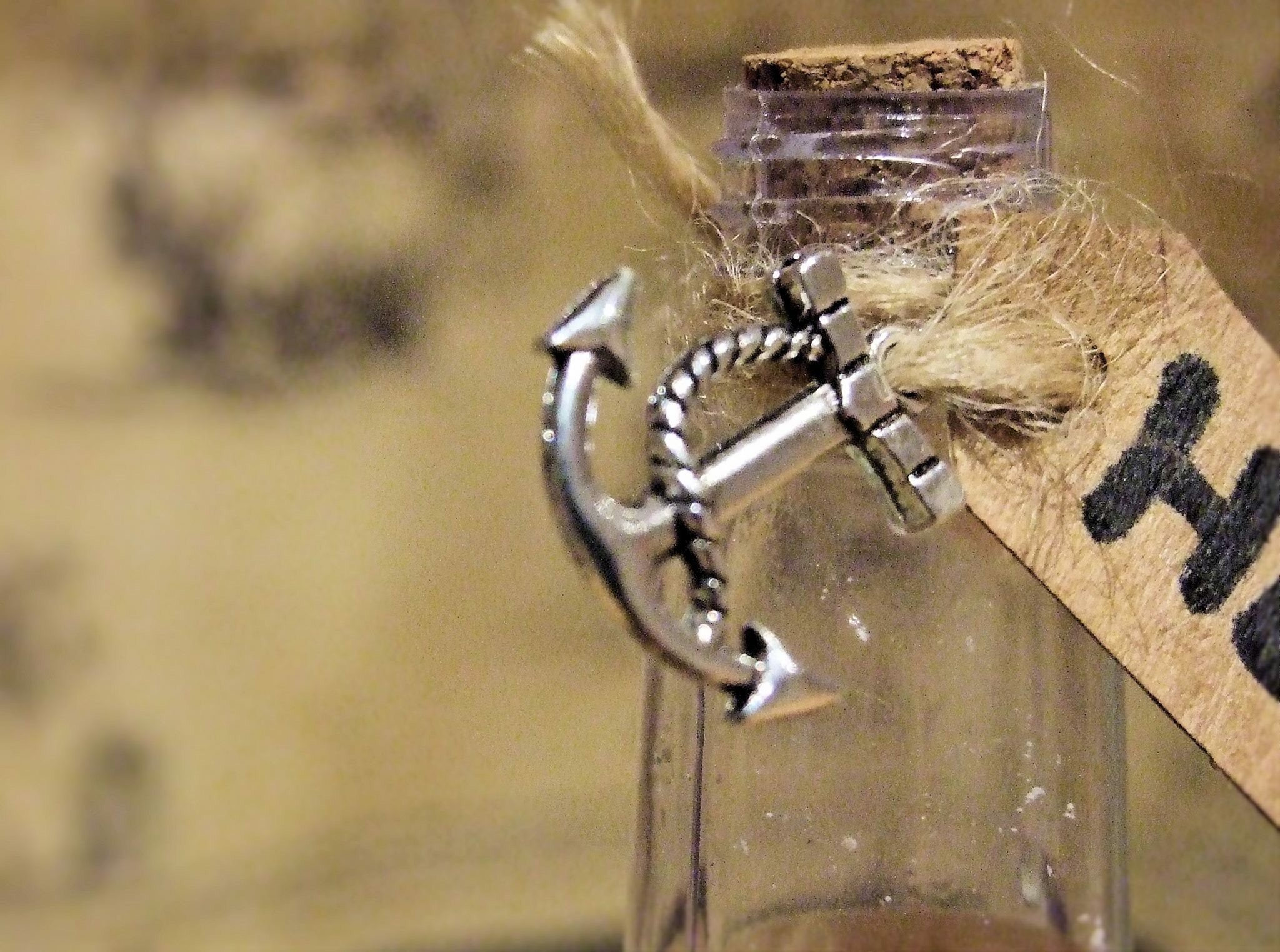 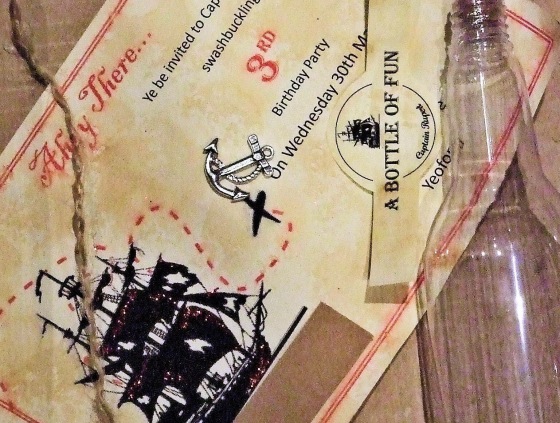 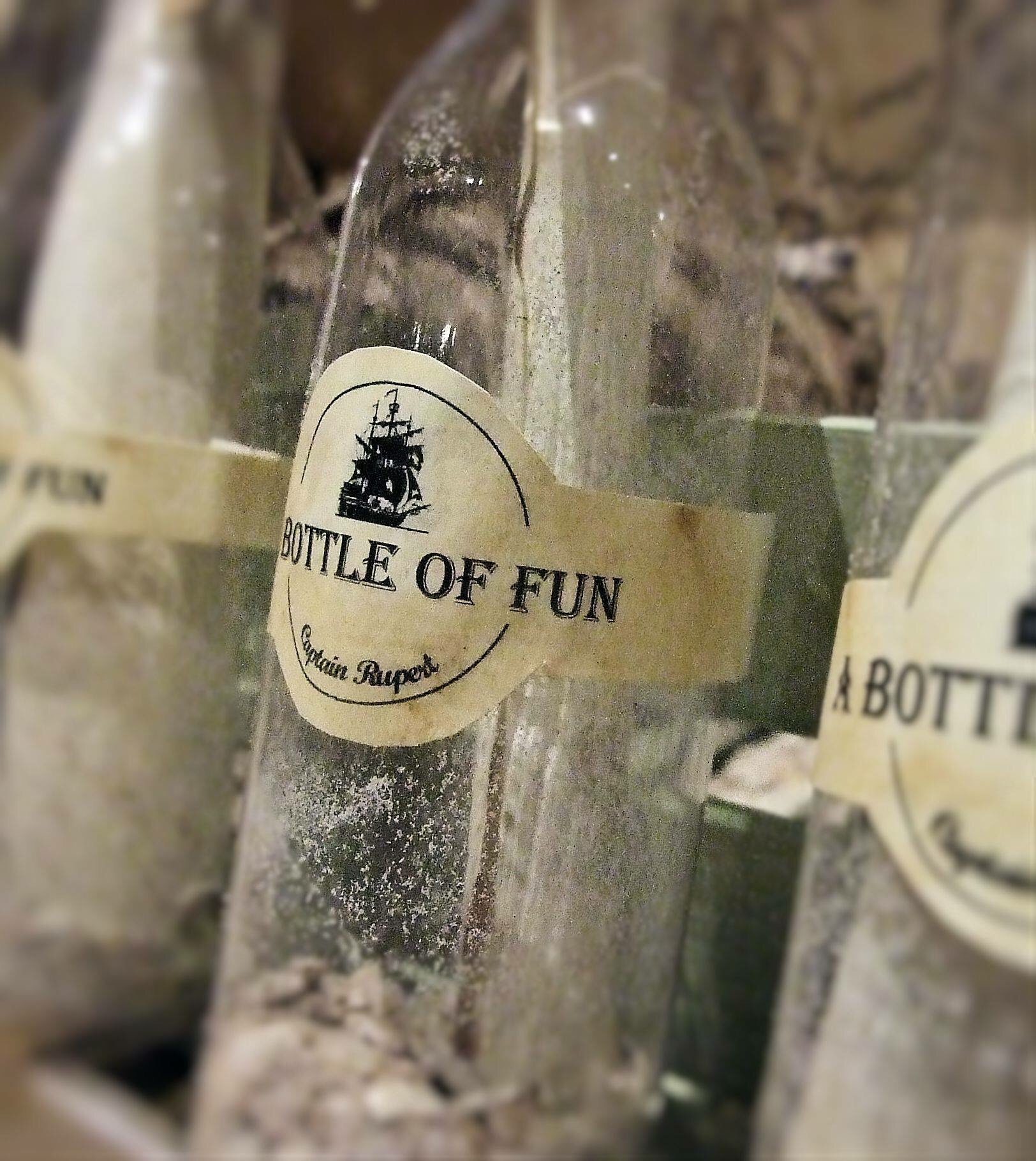 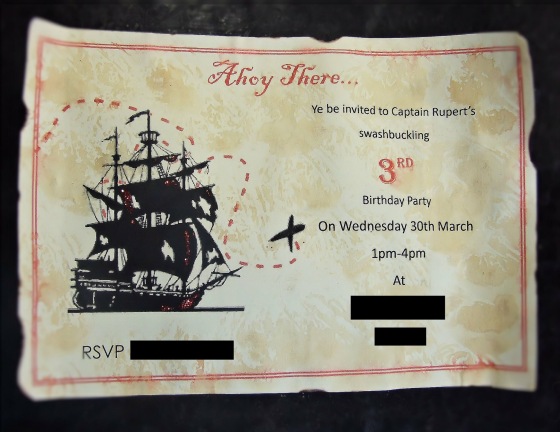 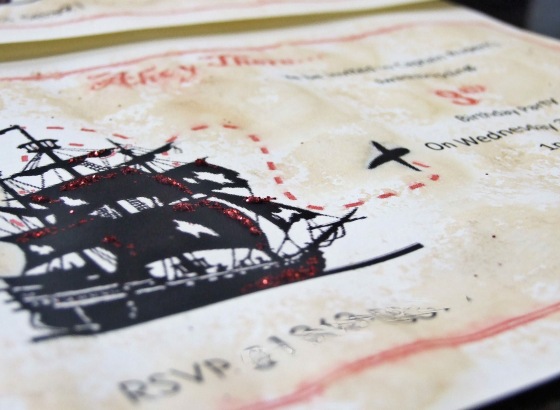 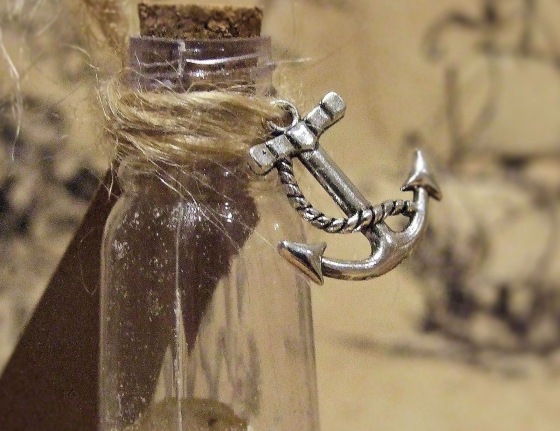 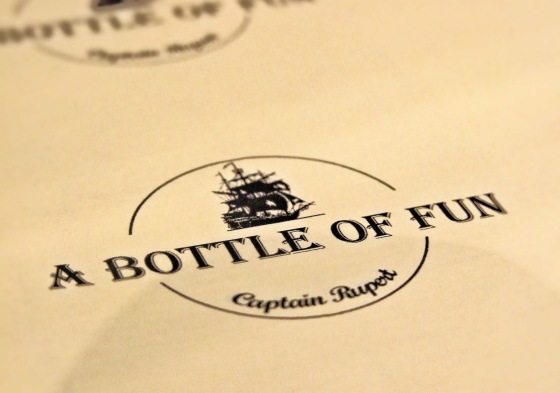 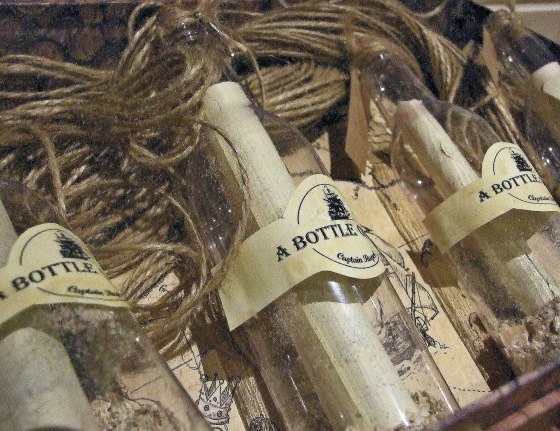 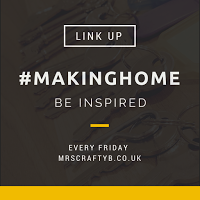 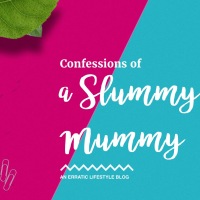 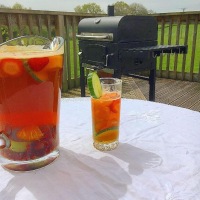 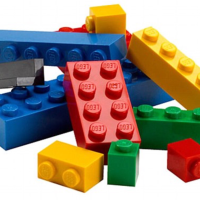 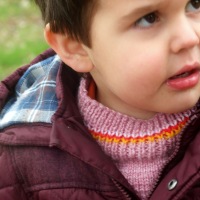 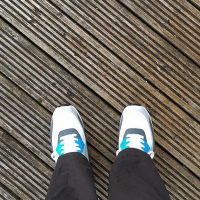 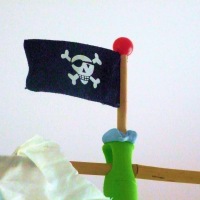 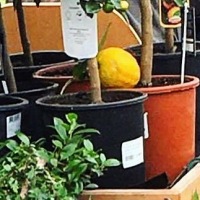 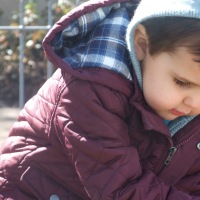 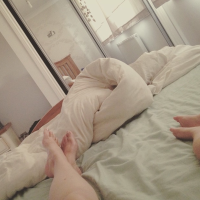